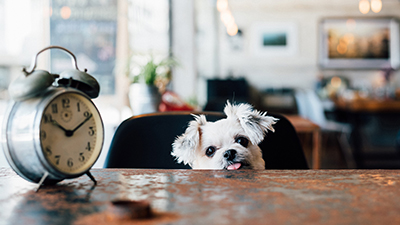 Does it really matter to be on time anymore? Have we accepted a lack of punctuality as okay or dismiss is as part of our culture? Is it a sign of our greying professional population if we believe that punctuality says something about a person? Have we reached a point where tardiness is acceptable, because it’s a reflection of how important or busy we believe we are? I’m hoping that punctuality is something that shows that we have respect for one another.

I bring this up this week partially, because of some experiences I’ve had lately where being on time seemed to be a suggestion rather than an edict. I had a couple of instances where folks rushed or sauntered in to a group situation seemingly giving it little to no thought. It’s clear to all of us who attend or coordinate meetings that people don’t make decisions to attend until what feels like the very last minute. That’s not so bad, because there are great ways for notifications to be communicated faster than ever before; although it can mess with issues such as seating and refreshments. But I’m hoping we are still teaching children from a young age that punctuality indicates dependability. It says people can be counted on to do what they ought to do, when they ought to do it.

I think punctuality shows that people understand the concept of working in teams or being part of a larger body that is participating as a group. I believe that being tardy has a monetizable component. And I know that there are studies that show that people and or employees who routinely report late, those who leave early or return late from a scheduled outing, such as lunch are the same people who return late with their lunch, to sit down for a few more minutes to eat, and the ones who also miss deadlines.

Last week I talked about how time is money and even suggested a formula that quantified it. I think that people who don’t value punctuality don’t value their own time, so it makes sense they don’t value anyone else’s. I wonder if it would help make people aware if the person who arrives late was required to put into a piggy bank, the amount of money they’ve cost each person who was forced to wait for them. That could really add up if it was a group meeting!

So help me out. Is this on my mind simply because I was unusually impacted over the last couple of weeks? I’d be appreciative if you’d let me know. If you have any suggestions on how I might influence some changes to the social structure I see, that’d be even more helpful!