The last few months have enabled stress and uncertainty to seep into everyone’s psyche. It makes sense. Covid – a world pandemic; social unrest – bringing marches and even rioting, are a lot to deal with. And as expected, almost everybody is looking for a good outcome. And while it may sound trite, I believe we can solve so much if we agree to listen. Notice I said listen, even though I titled this blog “Can we just talk?”. I did that because “talk” is the term we use when we mean engaging in conversation or dialog. Asking people to talk is commonly linked to emotions like in this song by Khalid – Can’t we just talk. Give it a listen to see what I mean. But it shouldn’t have to get to that point.

Conversations and dialogs require both listening and talking. We know that. We also know that conversations have the ability to mend, inform, enlighten, create and maintain relationships. To facilitate improvement in what we are witnessing with our country’s social issues and method of policing, I suggest we need to change some long-standing relationships. Something’s badly broken. Not everything, but some things really are. Like Uber and Lift disrupted a long-standing industry, and now it’s hard to imagine going back to smelly, unkept cabs with surly drivers, the intended purpose of the relationship between citizens and the police is ripe for change. Change for the better. And that change needs to be radical.

I suggest we seize the opportunity in three steps.

For today l hope you’ll agree is that most of us aren’t too good at listening – the key to good conversations. We’d rather be talking, we’re better at. And one-way “communication” isn’t the right answer. Traditional and social media are built around “talking” – one-way sharing of thoughts and events. It seems the traditional media has heavy political biases and social media has individual biases and for the most part, neither does much to stimulate conversation. Rather, these media types do little more than inviting others to do nothing more than be exposed to what they want to say. Completely one-sided. And one-sided conversations aren’t conversations at all. The word conversation is most often an oxymoron. It seems people no longer see conversation as a way to gain another perspective or to find out something they did not know – both which are key components of communication. Rather, it seems we tend to share oral selfies.

I believe that all relationships and even conversations start out with good intentions. But maybe I’m too optimistic. Maybe we’ve lost the social niceties many of us grew up with. But I don’t think so. I think we just need to have disruptions in our lives that motivate us to think about how things can be better. Think about it. We have a natural tendency to become complacent, particularly when relationships have been in place for a while. Be honest, how many times have you seen marriages or partnerships “suddenly” fall apart and the parties say things like, “Boy, I didn’t see that coming?” They didn’t see it because the communication they once had went away. One or both parties quit engaging. They quit having two-sided conversations. So, is it any wonder that broad social relationships and even those with our clients and friends have the same characteristics of a failing marriage? Fragile, damaged relationships due to lack of dual interest in one another? Do you think it’s because there’s no incentive to make the relationship the best it can possibly be? Do you think it’s because we talk, but don’t take time to communicate?

So how do you keep our social, personal and business relationships continuing at their best? You have to pay attention. You’ll want to practice having conversations meant to bring out ideas and information you’re unfamiliar with. You’ll have to engage in talks that are multi-sided. The place to start is with the existing relationships you already have.  Then move up to purposely engaging with people you don’t know or don’t know well. Ask questions rather than making statements. Ask some form of, “Can we talk?” And then be sure to focus on the “we” part of the question. Better yet is to augment that question with, “Can we talk?” “I’m interested in listening.”

We got this. We can seize the opportunity that has presented us the perfect storm of Covid and social uprising. It’s brought to light – significant weaknesses in our social fabric. Let’s start to sew using conversations as the thread, with the goal of creating an improved garment

Listen to our Podcast here 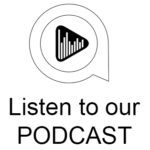